Born in the Bronx, New York in 1917, Jerry Wexler grew up in the Washington Heights neighborhood of Manhattan. After graduating high school at the age of 15, Wexler attended the City College of New York for a short time before dropping out of school. He enrolled at Kansas State University in 1935 before again dropping out of college to join the army. Following his military service, he finished his degree in Journalism at Kansas State.

Wexler got his start in music as a journalist for Billboard magazine where he worked as an editor, reporter and writer. During his time at Billboard, Wexler was credited with coining the term "Rhythm and Blues" which went on to define an entire genre of music that had previously been identified as "Race Records”.

At the time, Wexler and Ertegun were most likely unaware of the culturally significant impact their efforts would have in bringing visibility to, and acceptance of, black music within the music industry. In many ways, the recordings they made would go on to provide the soundtrack to the modern civil rights movement.

During his tenure at Atlantic Records, Wexler produced some of the most influential and iconic soul, blues, and rhythm and blues music of all time with artists including Ray Charles, LaVern Baker, Big Joe Turner, Solomon Burke, Dr. John, Wilson Pickett, and Aretha Franklin. Wexler helped Franklin get her out of her contract with Columbia Records, who had failed to jump start Aretha’s career, and was named Record Executive of the Year in 1967 for his efforts.

Wexler was not only a talented producer, he was a revolutionary businessman who could often be found pressuring or paying off radio station DJs to infiltrate the airwaves with music from Atlantic artists. He revolutionized the record industry by pioneering the use of independent songwriters, producers, labels and studios to increase profits for the label. He helped popularize the creation of subsidiary labels and the securing of distribution deals for artists on other independent labels.

Wexler and Ahmet Ertegun signed Led Zeppelin to Atlantic Records in 1968 after being introduced to the band by Dusty Springfield. Atlantic went on to establish itself as the number one record label in the U.S. under Ertegun and Wexler’s tenure releasing records by artists like Otis Redding, Cream, Wilson Pickett, Willy Nelson, and Duane Allman.

Wexler left Atlantic Records in 1975, much to the chagrin of Ahmet Ertegun, and went to work for Warner Bros. Records briefly as a producer and talent scout. He signed Dire Straits, Etta James, and the B-52s among others before leaving to work on a freelance basis. It was as a freelance producer that Wexler recorded Slow Train Coming with Bob Dylan at Muscle Shoals. “Gotta Serve Somebody”, a single from Slow Train Coming, went on to win a Grammy award in 1980.

Wexler continued working as a freelance producer throughout the 80’s, working with artists like George Michaels, Carlos Santana and Linda Ronstadt. It wasn’t until the late 1990’s that Wexler retired from the music business.

With numerous accolades, lifetime achievement awards, and a staggering amount of gold and platinum record certifications, Jerry Wexler is undoubtedly one of the music industry’s greatest icons. He was inducted into the Rock and Roll Hall of Fame in 1987. At his induction ceremony he said of his tenure at Atlantic Records, “We were making rhythm and blues music–black music by black musicians for black adult buyers perpetrated by white Jewish and Turkish entrepreneurs."

Jerry Wexler died peacefully in his home in Sarasota, Florida at the age of 91 from congestive heart failure in 2008. Asked during an interview many years before his death what he wanted inscribed on his tombstone, Wexler stated simply, “Two words… More bass." 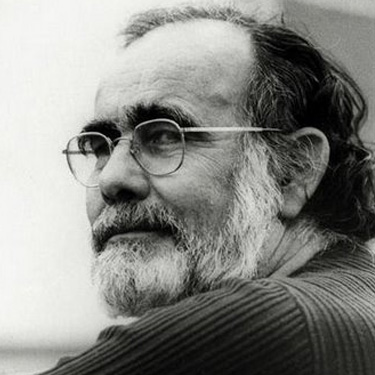 2014-01-22 11:32:32
Be one of the first to know about [ARTIST] tour dates, video premieres, and special announcements from [ARTIST].
* Required Fields
Close
* PLEASE ENTER A VALID EMAIL ADDRESS
PLEASE ENTER A VALID MOBILE NUMBER
* PLEASE ENTER A VALID POSTAL CODE
*
Submit
By submitting my information above, I acknowledge that I have reviewed and agreed to the Privacy Policy and Terms of Use, and I agree to receive updates and marketing messages from time to time from [ARTIST] and [its/his/her] record label. For SMS messages, I understand that message and data rates may apply, and that I may receive up to 2 SMS messages per week from [ARTIST]'s mailing list.