Some Nights is the second studio album from American band fun. Check out this exclusive discussion about the songs on the album. Read some of the highlights from the interview below and visit Spotify to listen to the full commentary.

"I remembered seeing Manhattan Murder Mystery by Woody Allen, and the intro song for that is this song by Bobby Short. And the song's called "I Happen to Like New York". I heard that and I thought, '…I would love for us to open the album with a song kind of like how Manhattan Murder Mystery is." It starts out very droney [sic] and then it just has this gigantic note that kind of like intros up what's going to happen for the rest of the album."

"We wanted to throw this Kanye West like Hip Hop element and who better than the guy who had been such a huge part of the last two Kanye West albums. And he's [Jeff Bashker] sitting there, and he's telling us that he likes this chorus. So he and I went into the studio two nights later."

"I think Nate and I were driving to pick Jack up. And he sang us just the pre-chorus. I remember thinking it was so special. It has I think a real timeless quality, where it doesn't feel like a modern pop song…As soon as we started working on it, we talked about how we wanted it almost to feel like you're on a ship and it's filling up with water. I don't think it has that feeling in a desperate way, where you're panicking and you're worried. I think it feels like the ship is filling up with water, and some how, that' what you want."

"All Alone" was also out of the Woodstock sessions. Andrew and I were sitting at a piano one night and he played me the intro to that. And he started playing the chords, and so I tried to start singing along with it. I thought it had like a Weezer vibe, which has always been a gigantic influence to us. And I thought that -- from where I was thinking about the album -- that it needed kind of a moment of relief because it's such a heavy type of album…"

"Most of the album was totally done, and we were just trying to figure out what would fit the last type of song.  We had another song that we had worked on over and over that was a similar type of vibe to "All Alright", however, there was a sample from a different band that kind of played into the chorus…"

"I was slowly dying of Pneumonia, which I didn't know at the time. It was the next day and we were working on "One Foot" and trying to put it together…The song was so exciting and so energetic that, even in my state of slowly dying, I remember being so pupped up."

Check out the full commentary below! 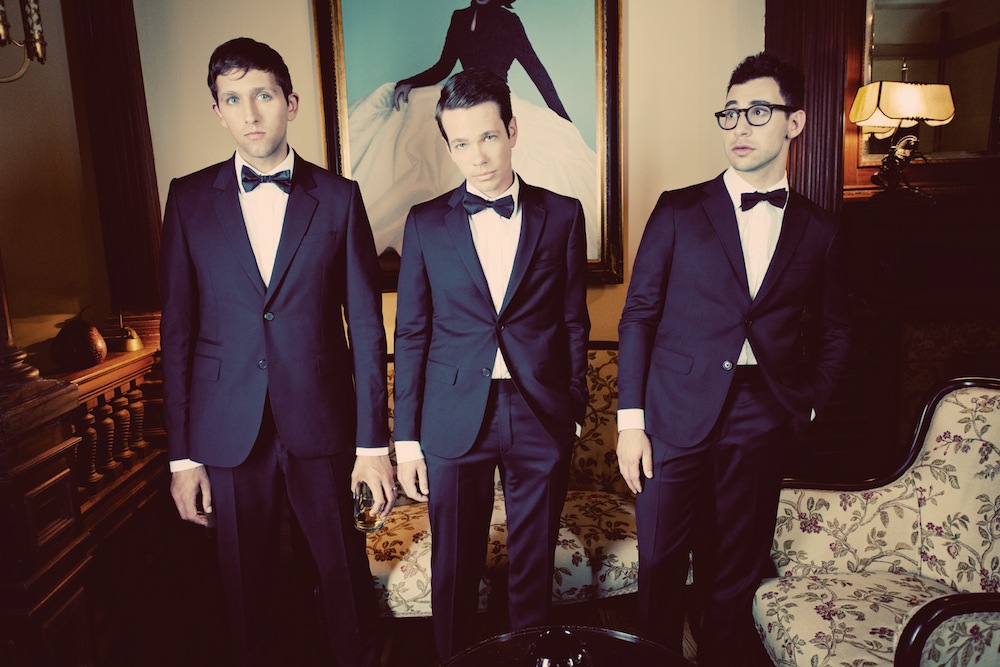 2012-02-12 15:09:33
Be one of the first to know about [ARTIST] tour dates, video premieres, and special announcements from [ARTIST].
* Required Fields
Close
* PLEASE ENTER A VALID EMAIL ADDRESS
PLEASE ENTER A VALID MOBILE NUMBER
* PLEASE ENTER A VALID POSTAL CODE
*
Submit
By submitting my information above, I acknowledge that I have reviewed and agreed to the Privacy Policy and Terms of Use, and I agree to receive updates and marketing messages from time to time from [ARTIST] and [its/his/her] record label. For SMS messages, I understand that message and data rates may apply, and that I may receive up to 2 SMS messages per week from [ARTIST]'s mailing list.